My sister and I found these in a box of ponies at a flea market back when every toy booth had oodles of ponies.  I could just kick myself, their ice cream sundaes were there too, but we didn't know they were pony related and left them.  :(

Lovin' Kisses was the last pony I got as a kid.  I called her Hugs n' Kisses.  We got to pick one extra thing when we went clothes shopping and I think my mom was kind of annoyed that I asked for her.  I think she thought I was too old for ponies.  I was eleven, which looking back on it I don't think is too old.

She's Chief's girlfriend and they have quite a long story.   Chief took Kisses for granted and spent too much time with his friends.  She was walking on the outskirts of Dream Valley one day when she found Ice Crystal passed out in a ditch.  He had escaped from Somnambula and was trying to make his way back to Pony Land.  She nursed him back to health and nearly broke up with Cheif to be with him instead.  Chief realized how much he cared for Kisses and started actively courting her.  They're still together and Ice Crystal met Fancy Flower and now they are all quite happy.

I think this is kind of cute.  I can picture some kids dad trying to keep the tail from falling out, and failing.

If you love accessorizing, like me, the baby Zhu Zhu pet clothes fit them perfectly!

Talk a Lot was the last real pony my sister got as a kid.  A couple more fakies followed.  I've provided some pictures of what it looks like to replace their batteries.  It totally works! 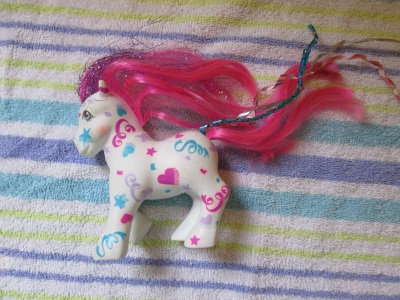 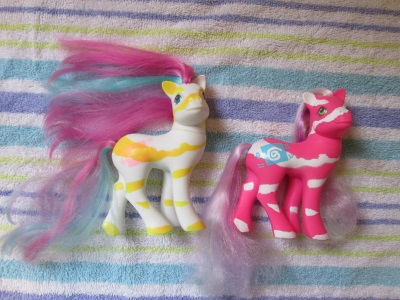 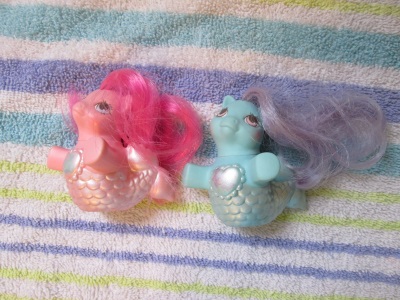 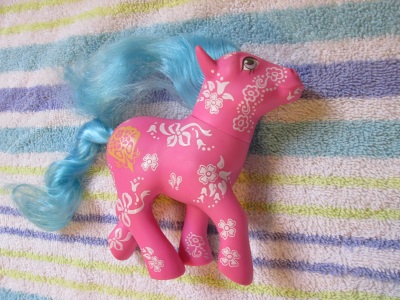 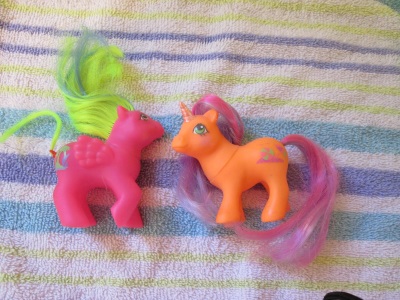 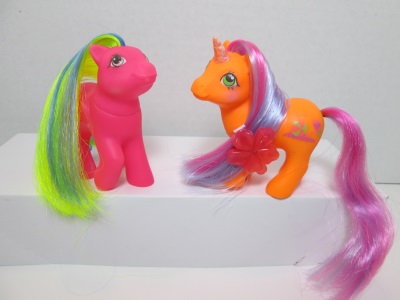 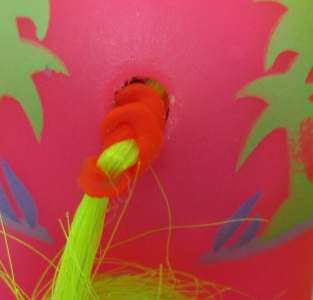 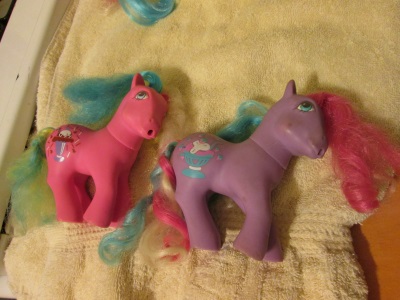 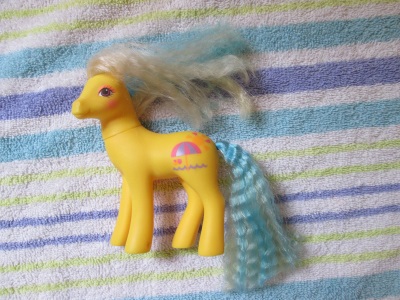 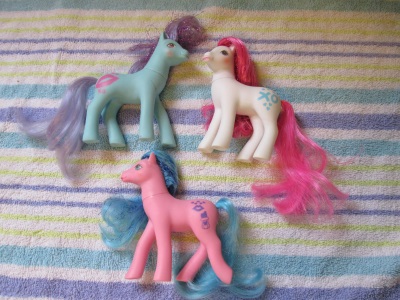 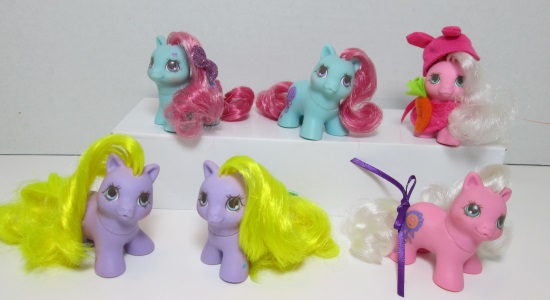 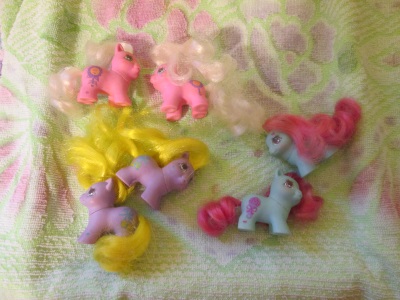 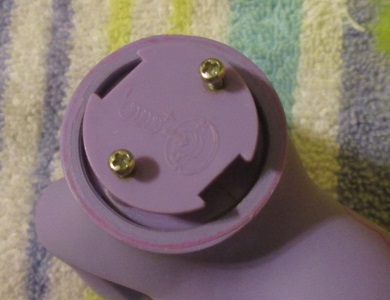 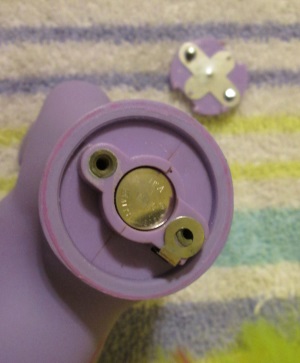 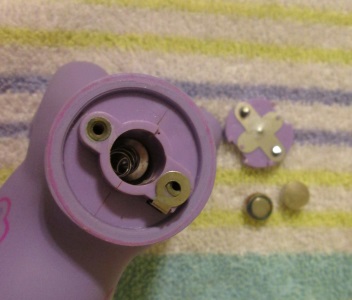 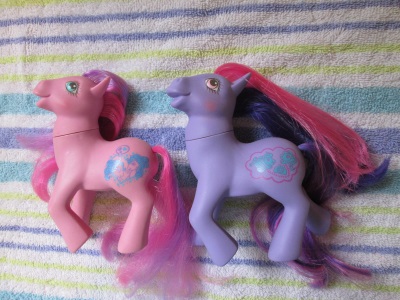