Not really ponies that you want to have rust inside them, since they're see-through.  Putting the Oxi-Clean directly into the pony and pouring in hot water is the only method I've found for totally removing it.

Similar to the Fancy Pants babies I don't think these girls get enough credit for how cute they are.  Great accessories and super cute symbols!

I don't know if it shows up in the picture, but I doubt these girls would have ever gotten completely clean without the invention of magic erasers.

Daisy Dancer caused quite a stir in Pony Land when she became the first unwed mother and eventually a teenage bride.  (My Pony Land is rather traditional.)  She married 4-Speed and their baby is Little Honey Pie.  They're quite happy now.

I'm a little in awe of the people who have the patience to separate their hair colors strand by strand.  I don't.  I tried.  I failed.  The only reason Stripes hair is separated is because the person I bought her from did it.  Some child in her past colored her eyes and mouth with pink marker so it looks like make up.  It's actually pretty cute!

Another example of the wonders of velcro!

It was with this set that I learned the wonders of velcro.  It's way easier to get fancy bows to stay in pony hair using the stiff side of velcro than rubber bands or anything else I've tried.​​ 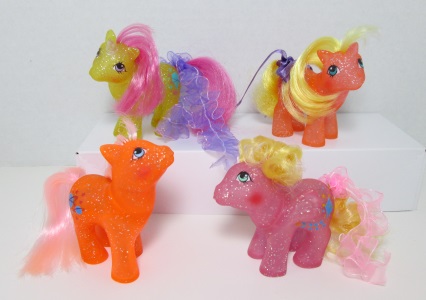 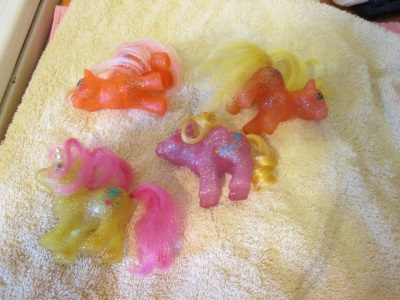 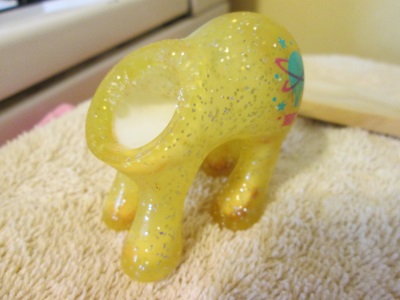 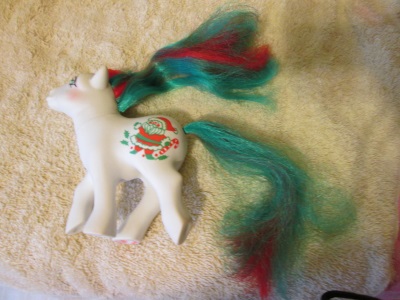 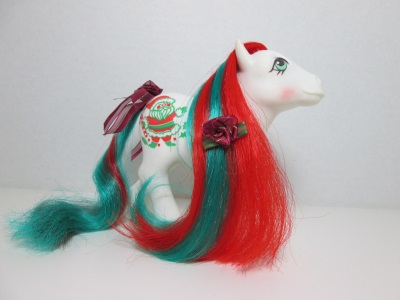 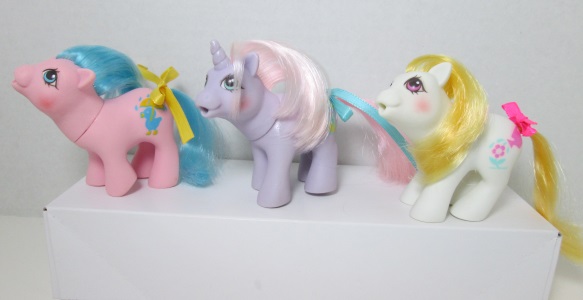 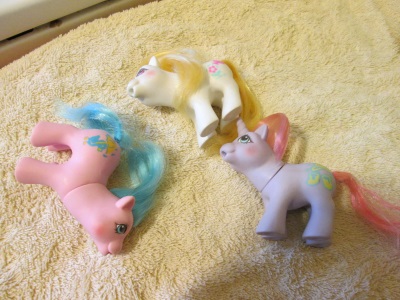 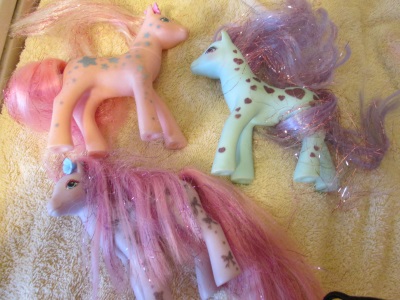 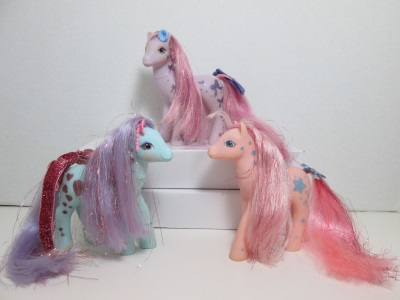 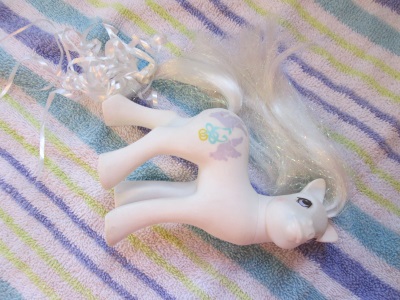 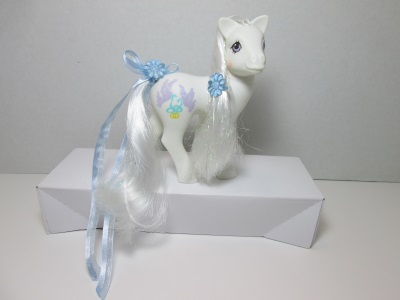 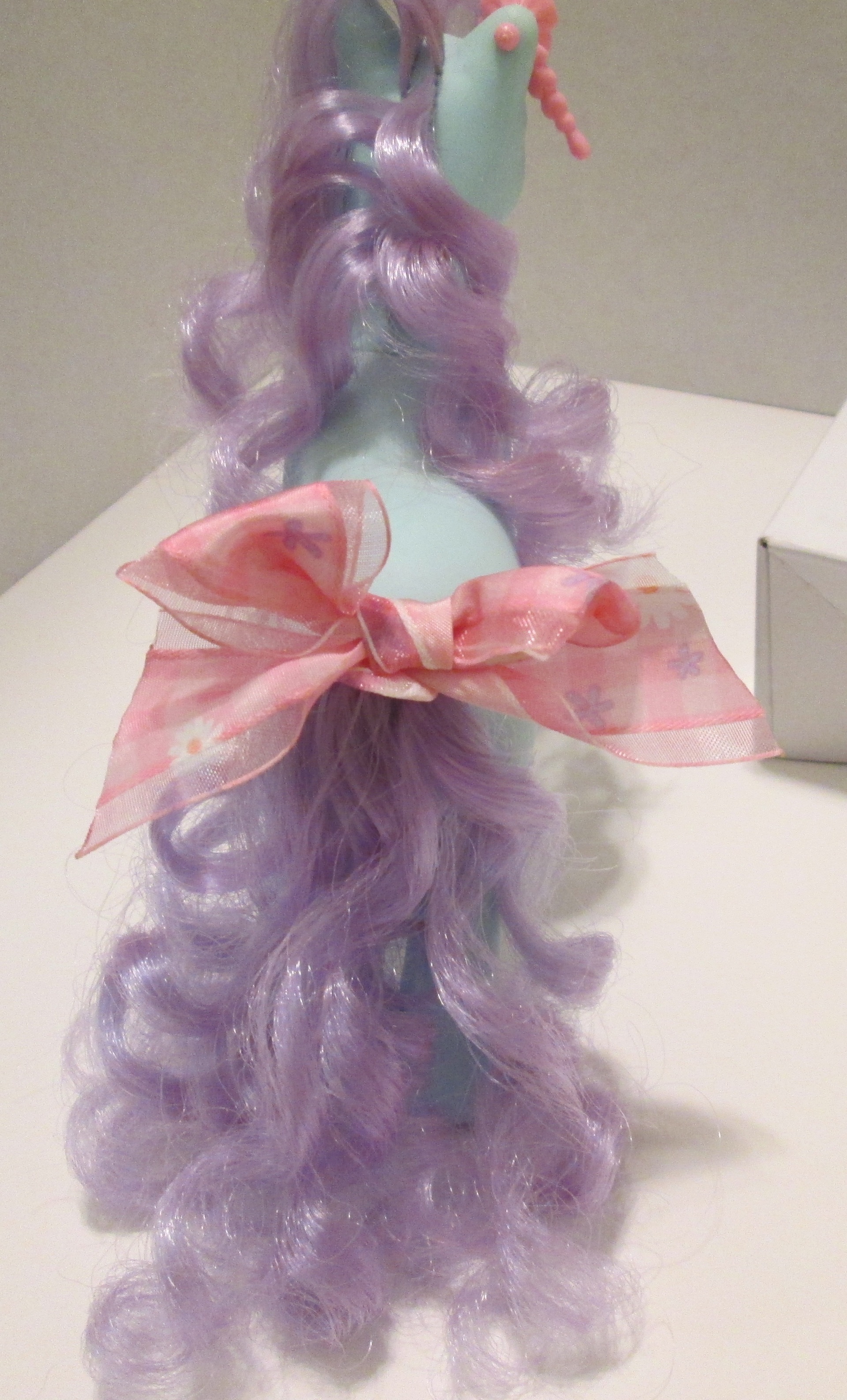 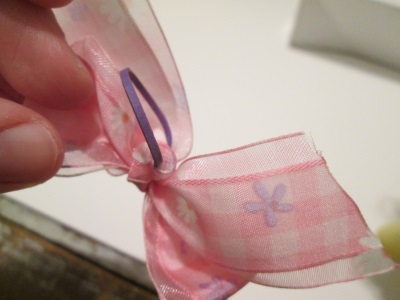 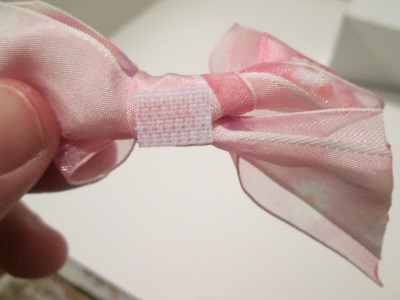 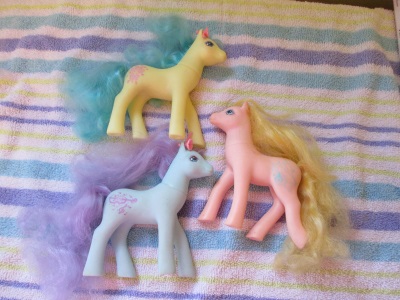 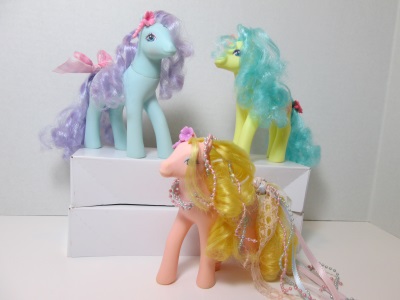 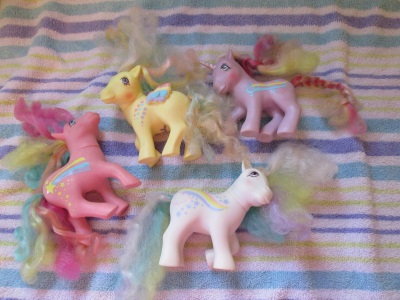 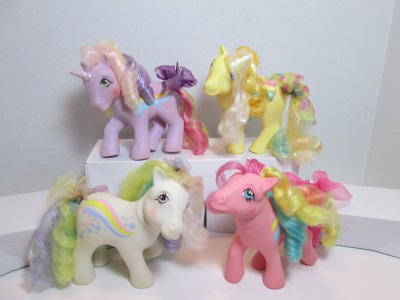 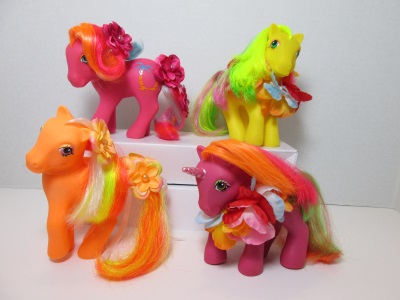 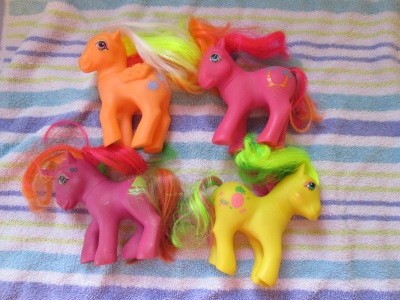 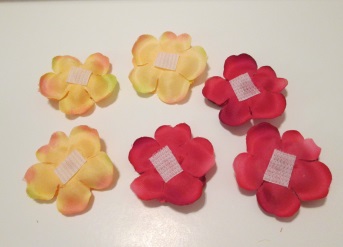